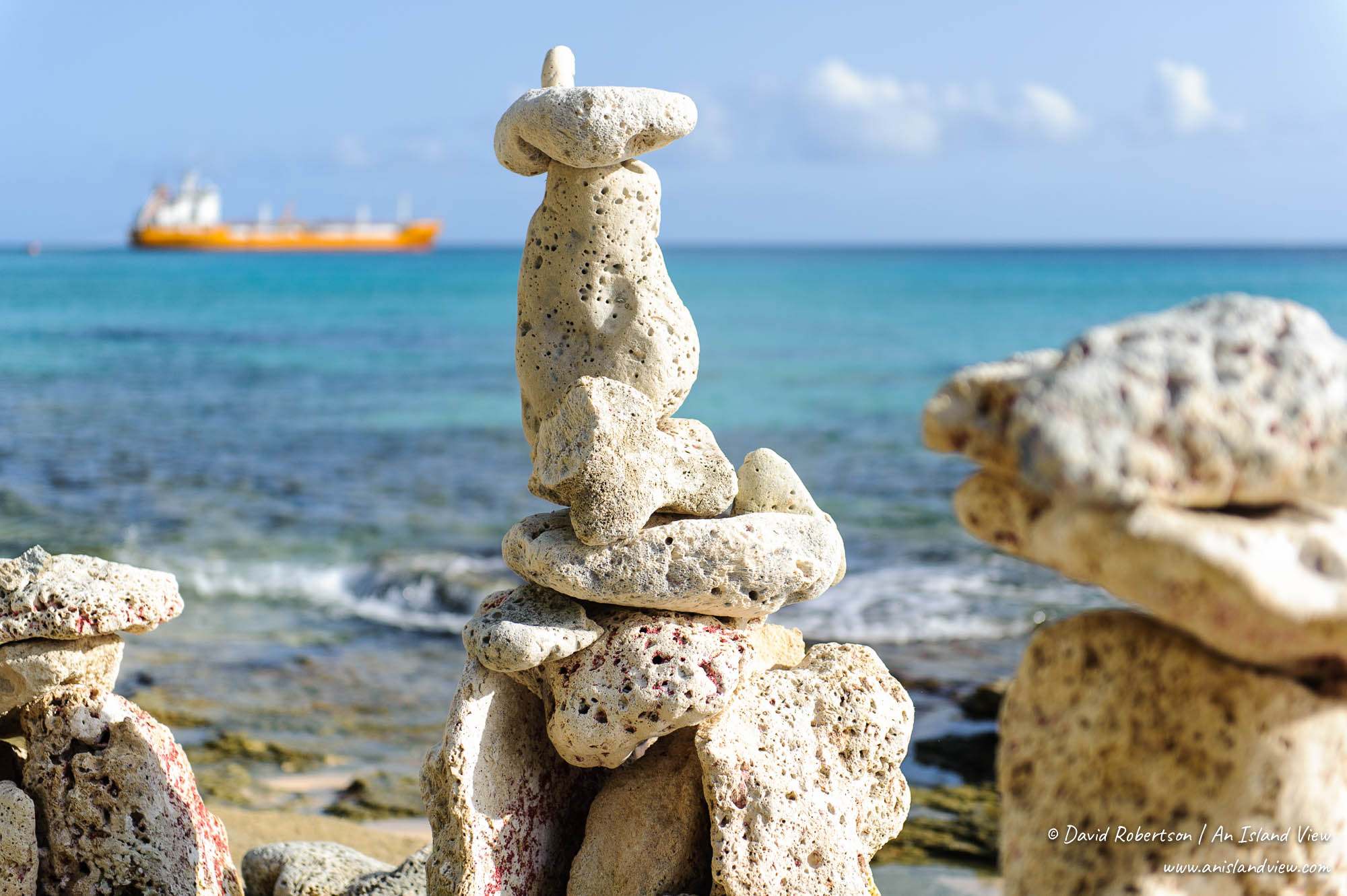 Paradise is one of the less well known beaches on the west coast; you can reach it by walking south from Batt’s Rock, past the abandoned Four Seasons development.

On your way you’ll pass several groups of standing stones at the water’s edge, built by a local man called Philip. 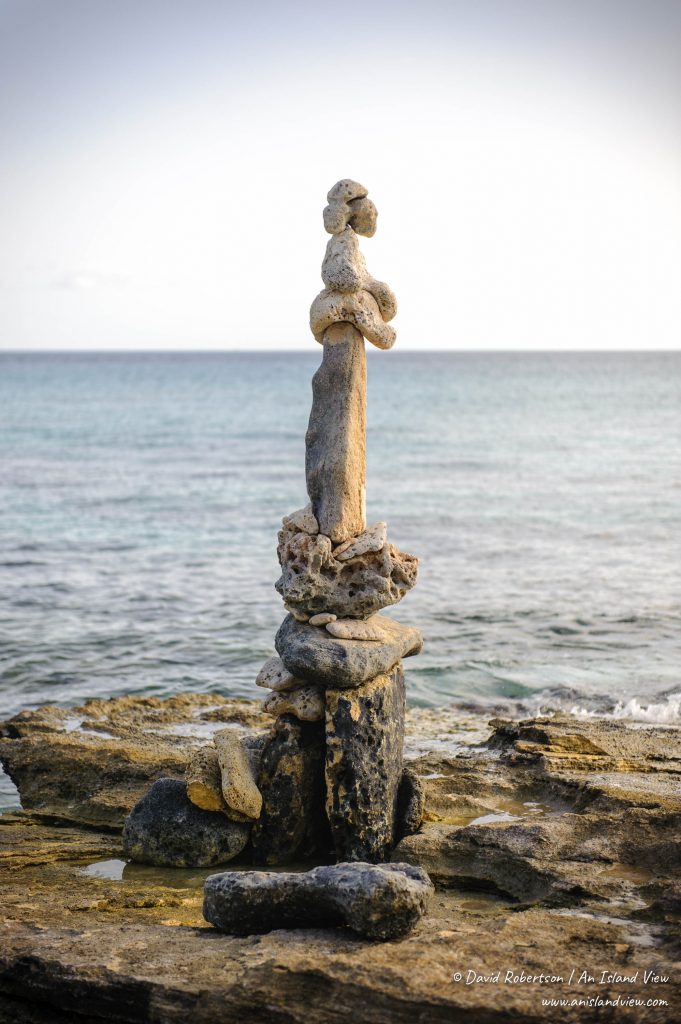 Philip began balancing piles of smaller stones, before progressing onto these larger sculptures over a year ago. He carefully selects each rock to find the best fit and weight, and meticulously balances them on one another. It’s a slow, almost zen-like process. 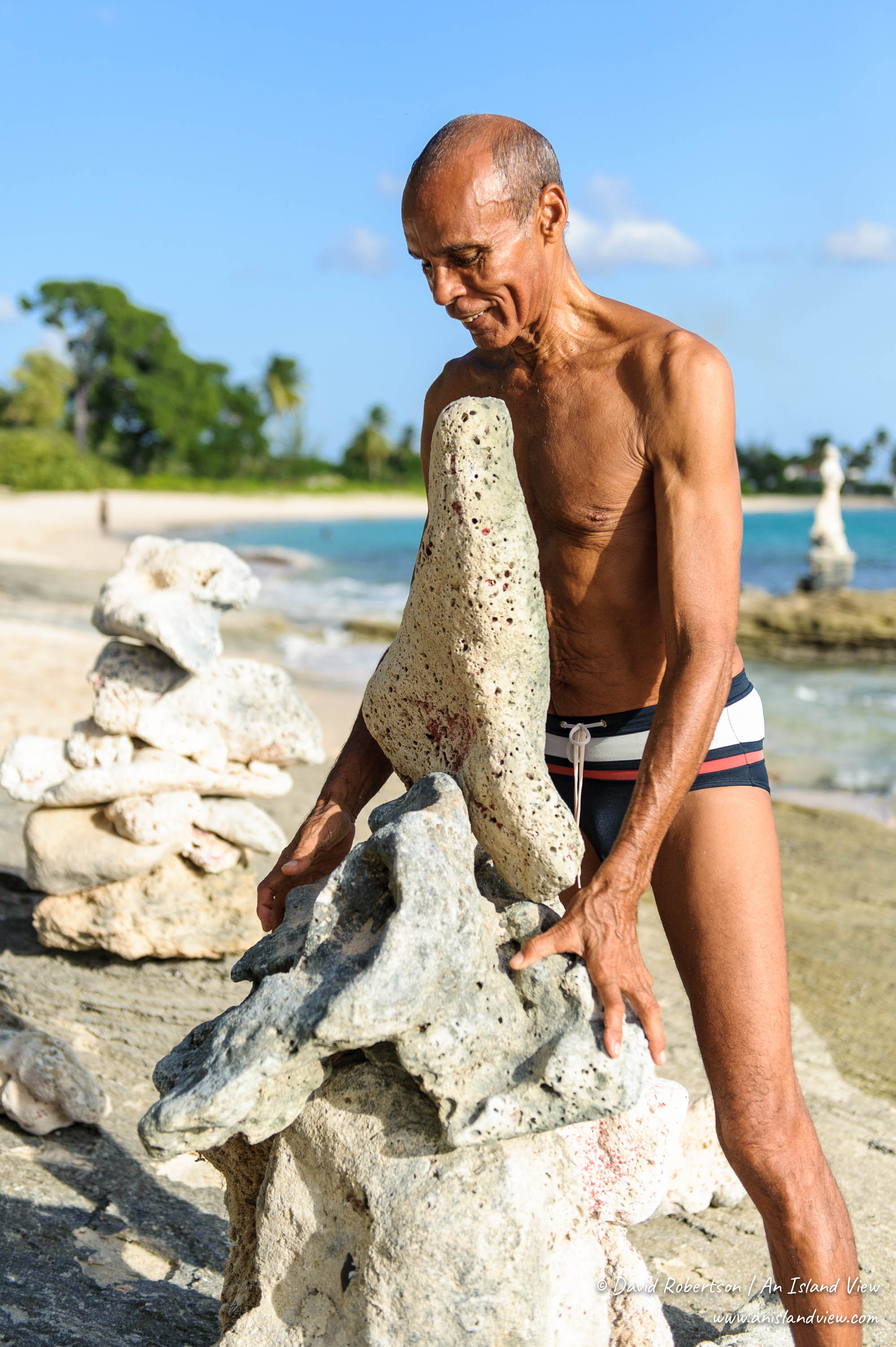 There are normally 28 of these tall sculptures, each standing around 6ft in height. Sometimes the high tides wash the stones away, and sometimes they prove too tempting for the local kids – the school holidays are the worst – but each time Philip rebuilds them. 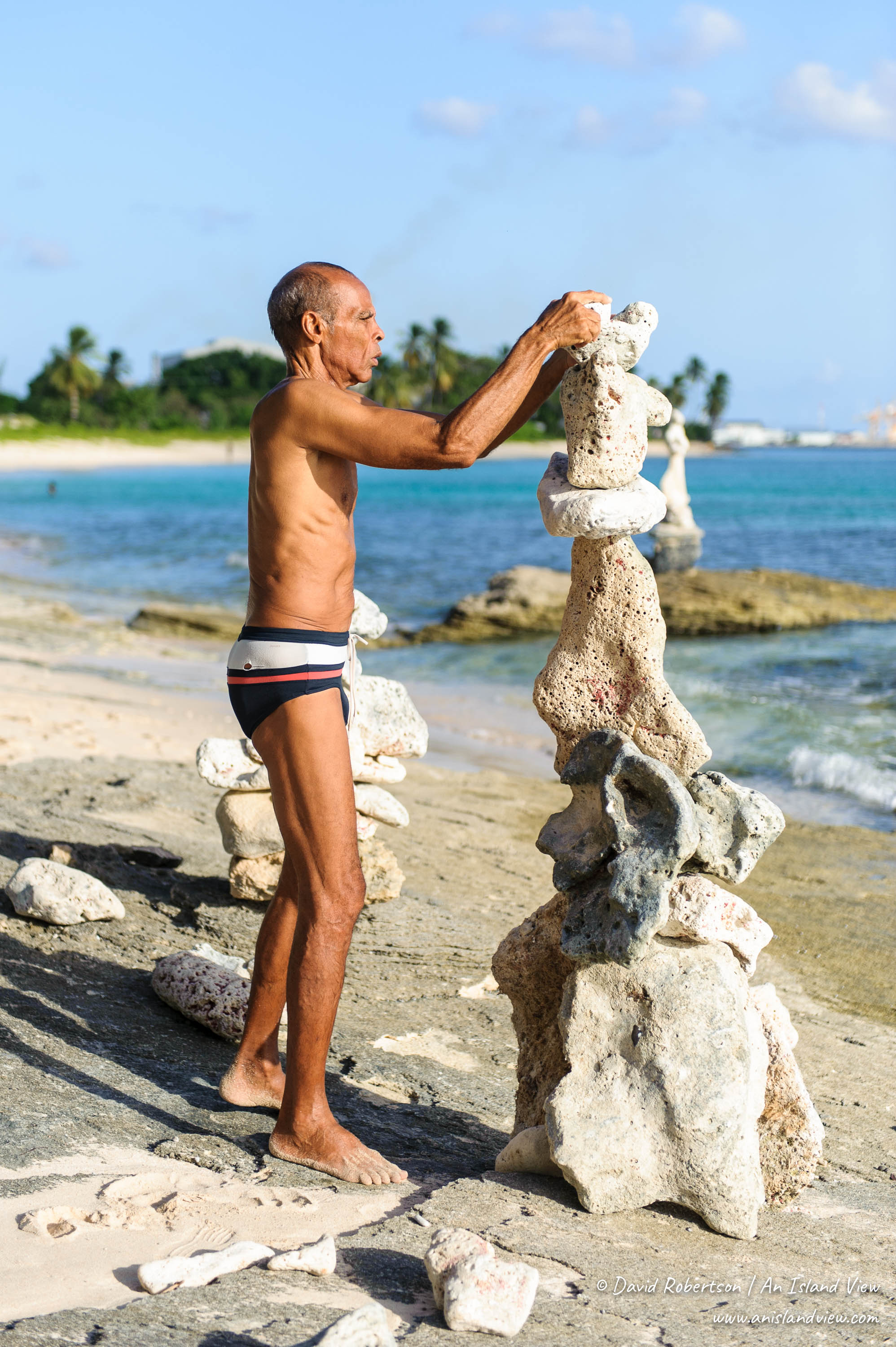 One sculpture in particular struck me as looking like an angel or a statue of the Madonna. Some people see mermaids or people. Others just see well-balanced limestone rocks.

Whatever you see, I think there’s something rather beautiful about the standing stones of Paradise beach. 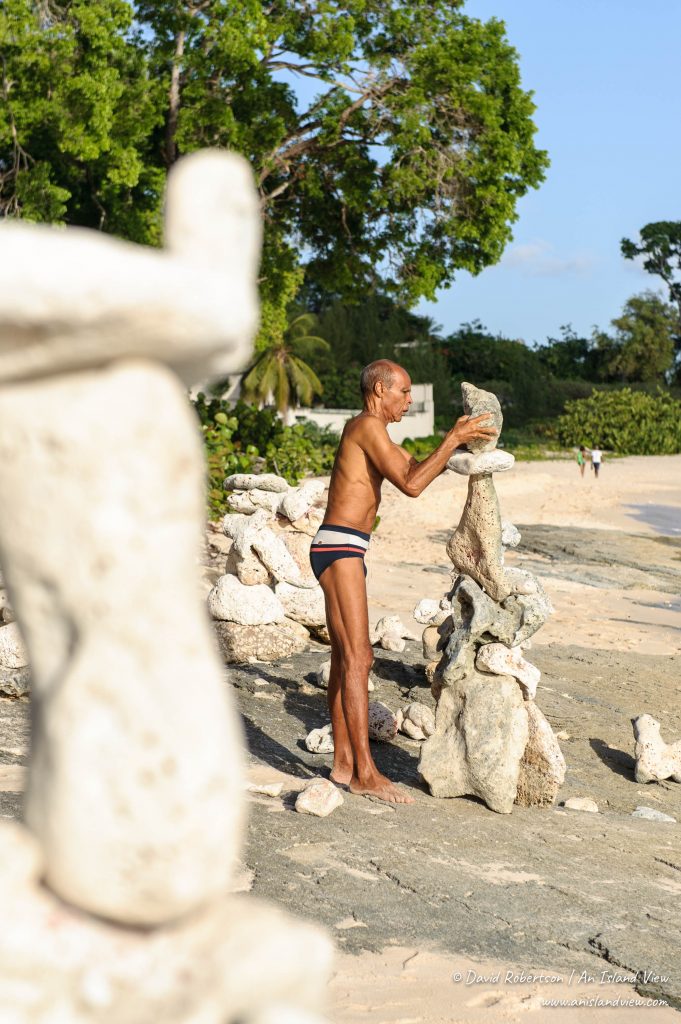 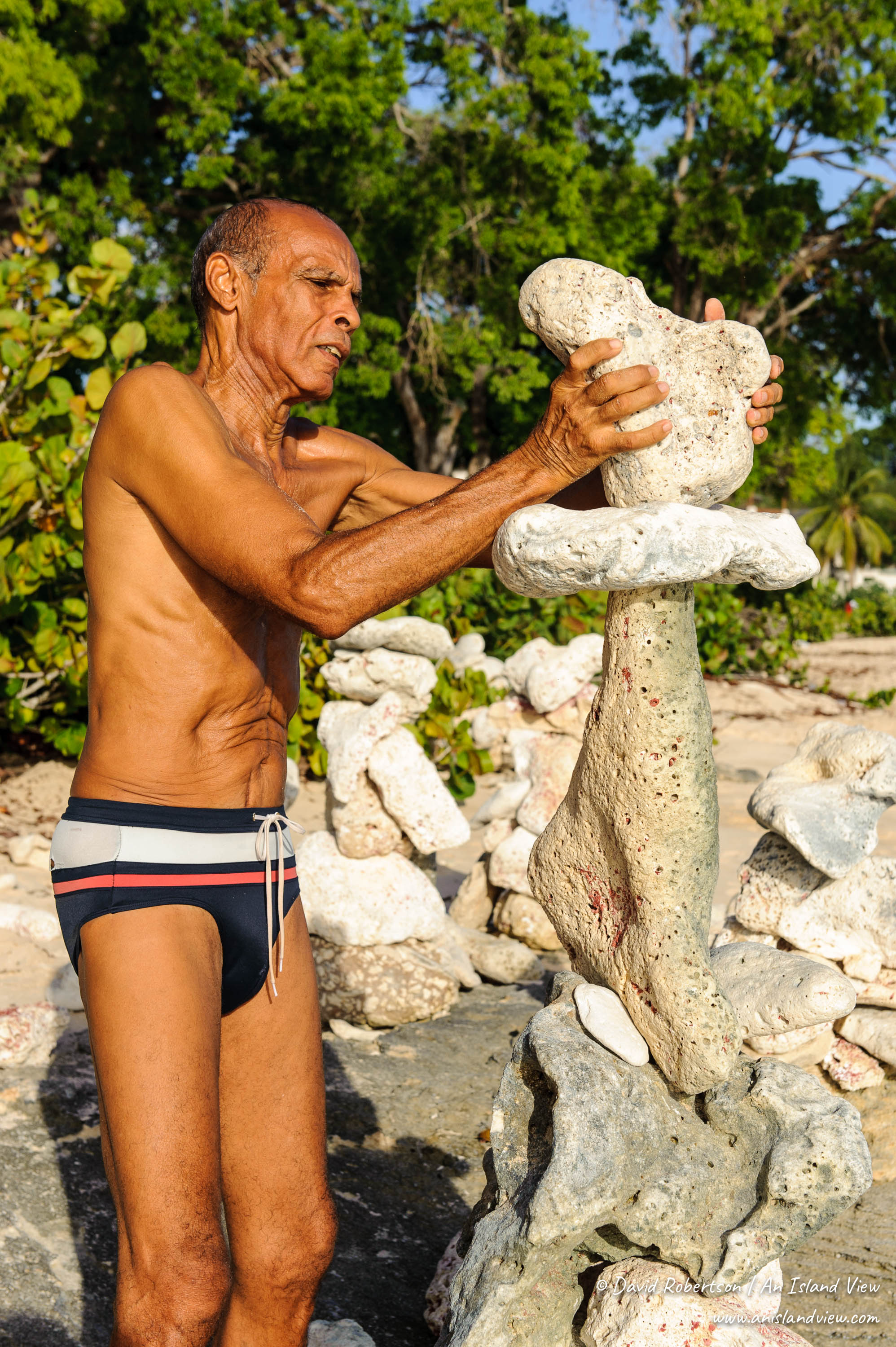 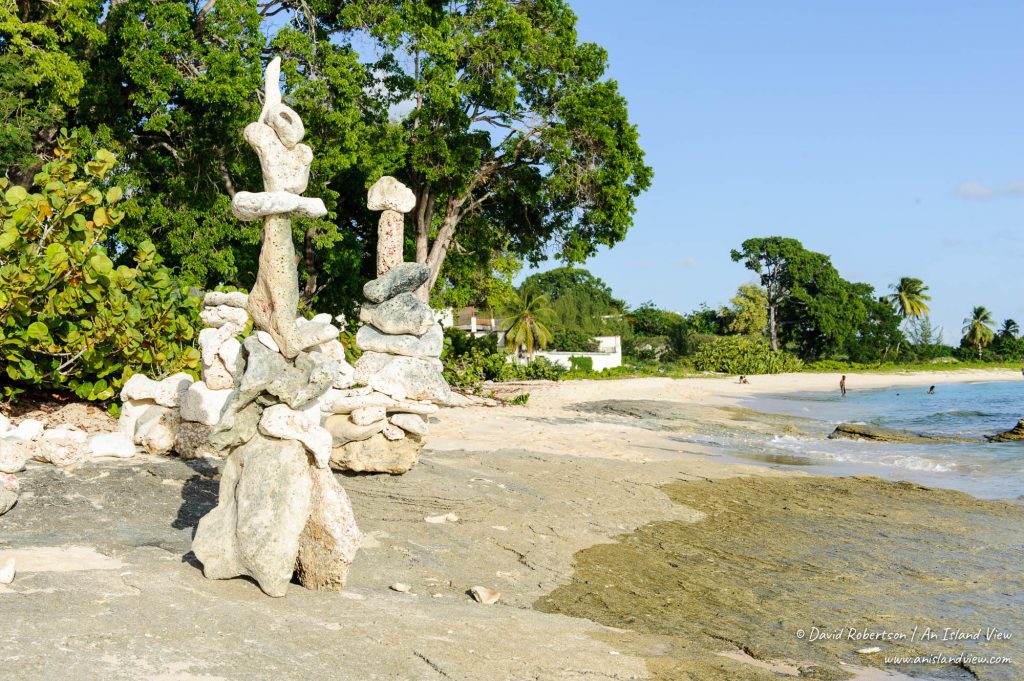