I ventured along to my first ever Pride Parade last Saturday, and what a wonderful day it turned out to be.

2017 marks 50 years since Parliament first voted to partially legalise homosexuality in the UK (well, in England and Wales at least – I think the D.U.P. still want to keep Northern Ireland in the dark ages…).

The weather in London was glorious, and Pride felt like the perfect antidote to the recent horrors the city has suffered. It really was a magnificent, life-affirming celebration of diversity, and I met such a range of lovely people. 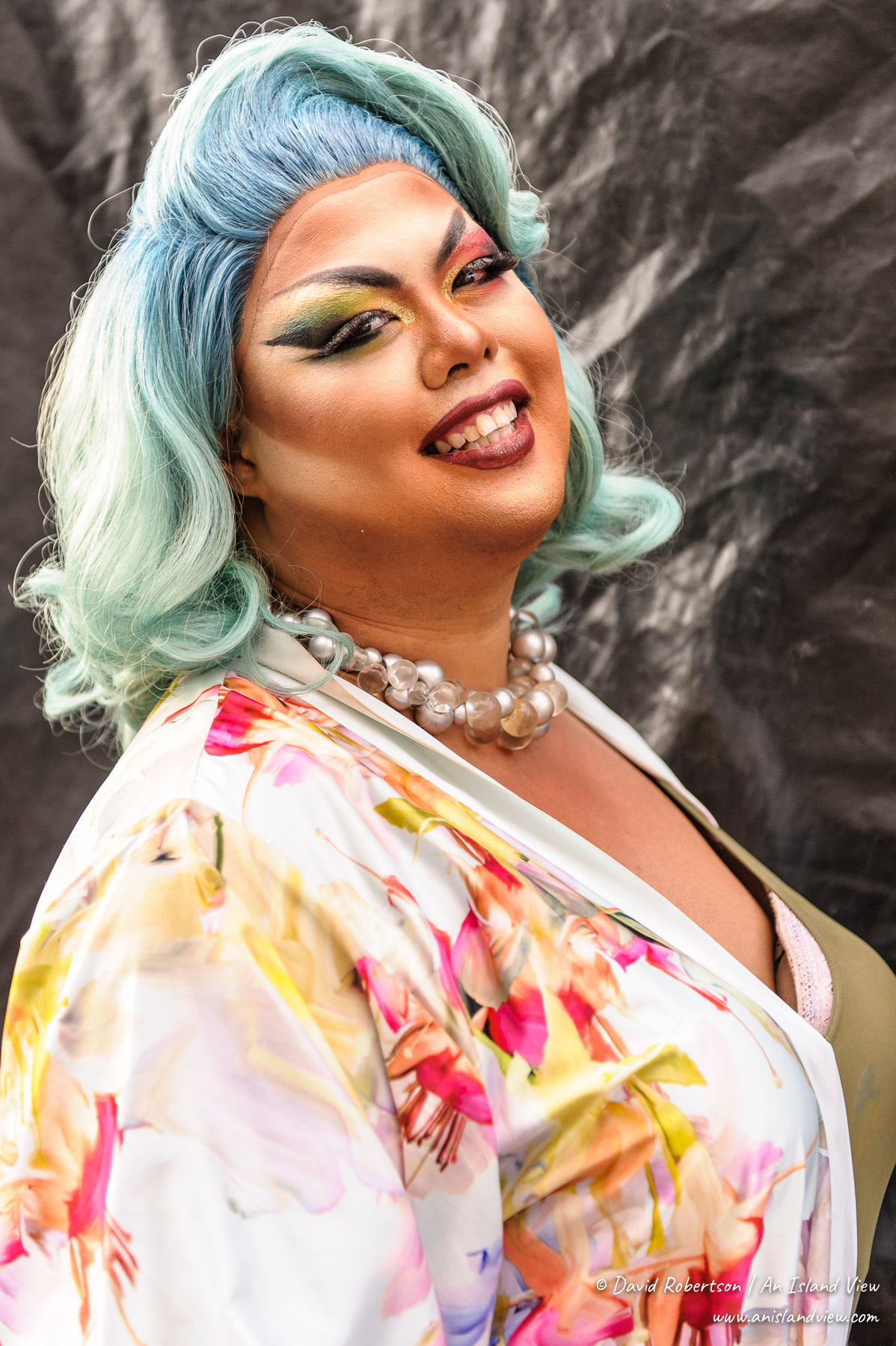 It was no great surprise that the LGBT+ representatives from the emergency services got probably the best reception on the parade. And deservedly so – who doesn’t love a heroic firefighter, paramedic or cop? The rainbow-coloured fire engine was definitely one of the highlights for me (photo on my Flickr).

Of course there’s a serious side to Pride, that is to raise awareness of the discrimination and hatred that LGBT+ people still often have to face.

I completely understand why some campaigners for LGBT+ rights feel it needs to return to its more political roots, go back to being more of a march than a parade, and ditch some of the corporate ‘pinkwashing’. 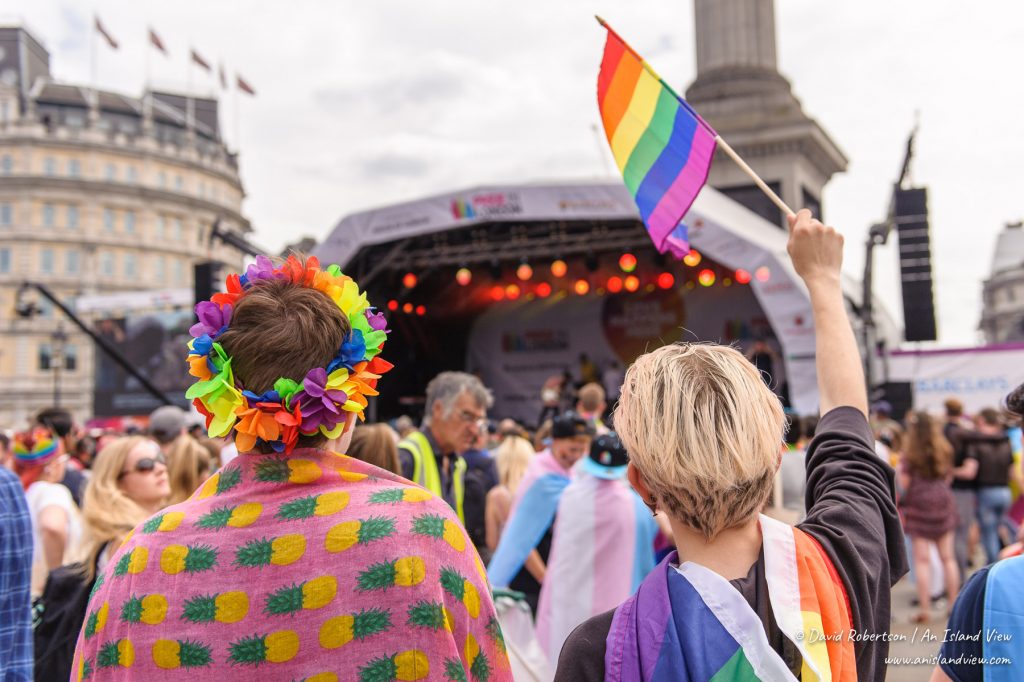 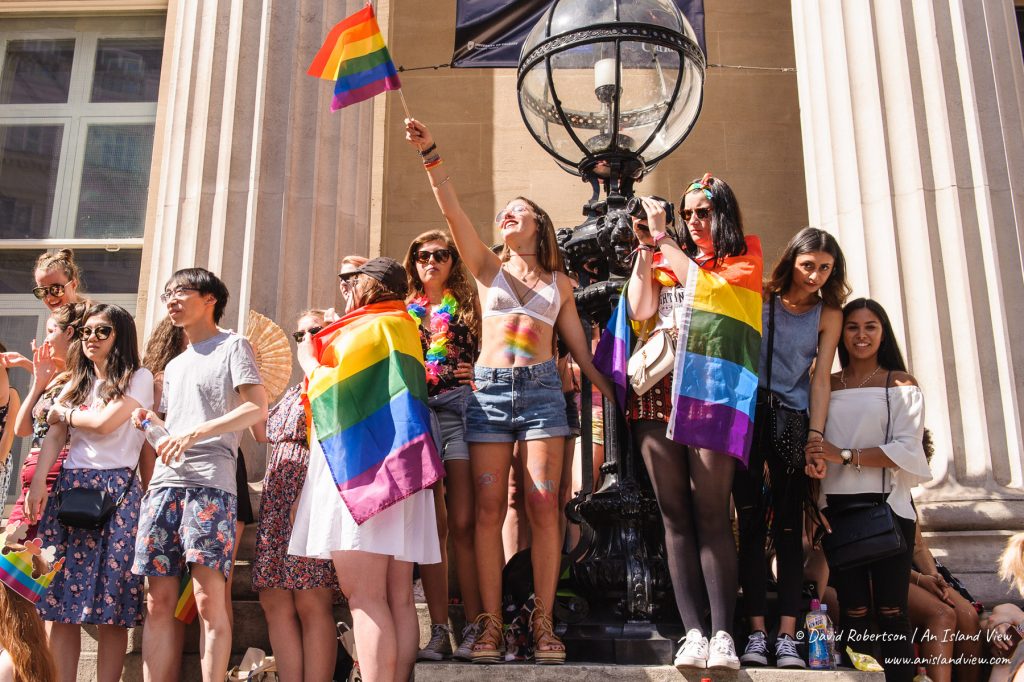 That said, to this straight person, it was such a joyous, positive day, full of love and acceptance, that I don’t think I could conjure up an ounce of cynicism about it.

I imagine there must have been people attending who perhaps felt a little uncomfortable with LGBT+ people and lifestyles – maybe about themselves, maybe for their children – but I can’t believe they wouldn’t come away from Pride feeling more accepting and understanding.

Well, unless it’s the leather gimp animal fetish, which I must say I didn’t realise was actually a ‘thing’. Each to their own! 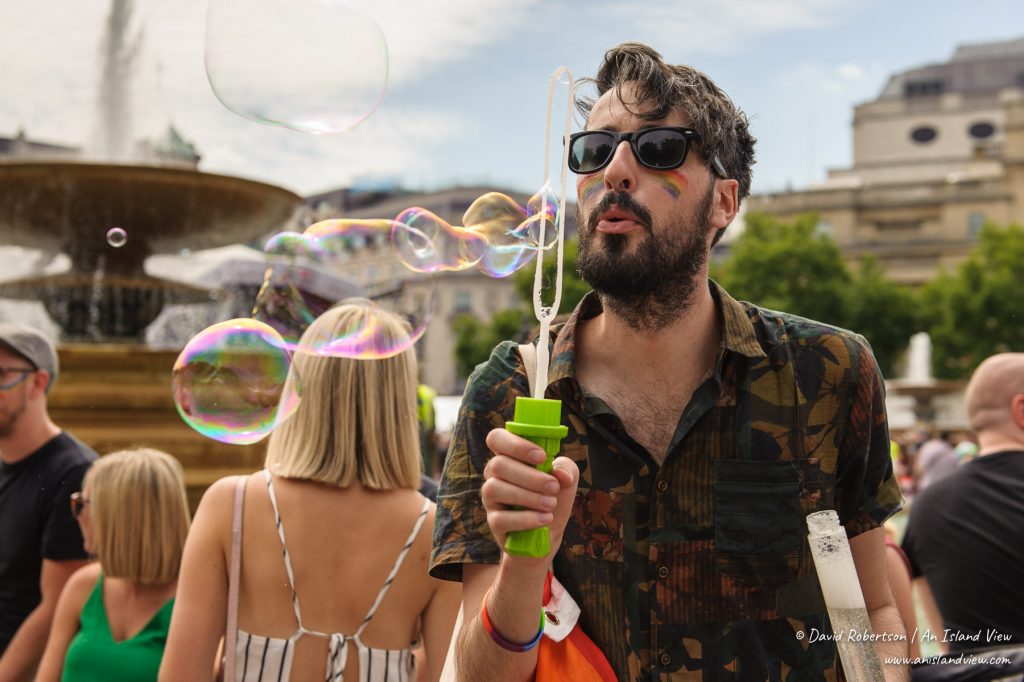 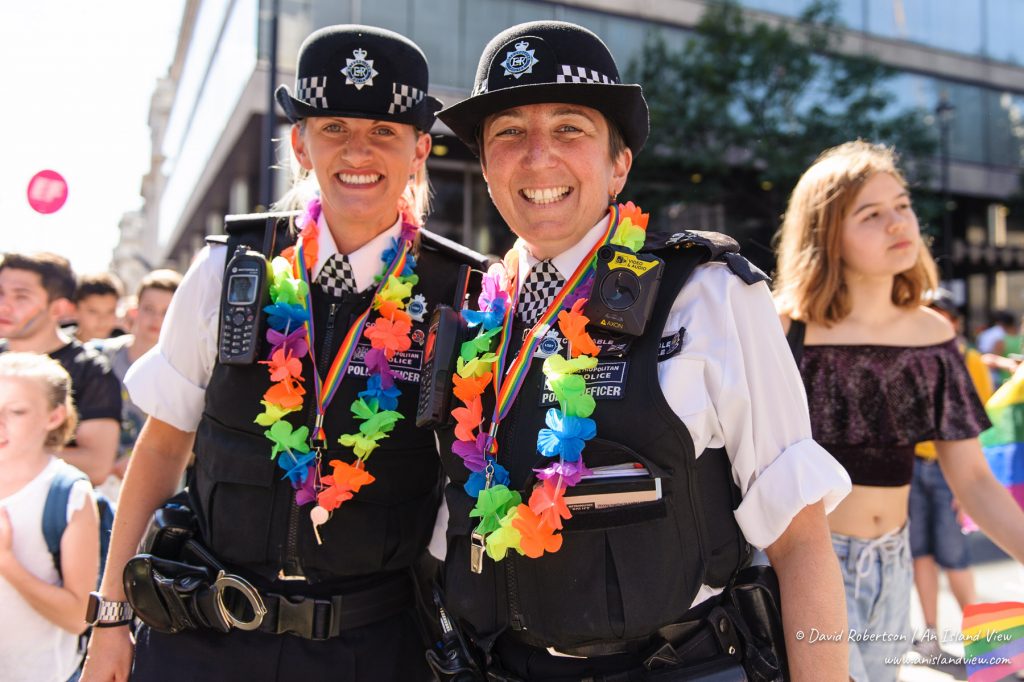 For me, Pride is a great reminder that it’s the diverse nature of London that makes it such a fantastic place to live, and that’s something to be celebrated. As this year’s motto says, ‘We will reject hate and we will say, proudly, Love Happens Here.‘.

You can find many more of my photos of the day on Flickr.