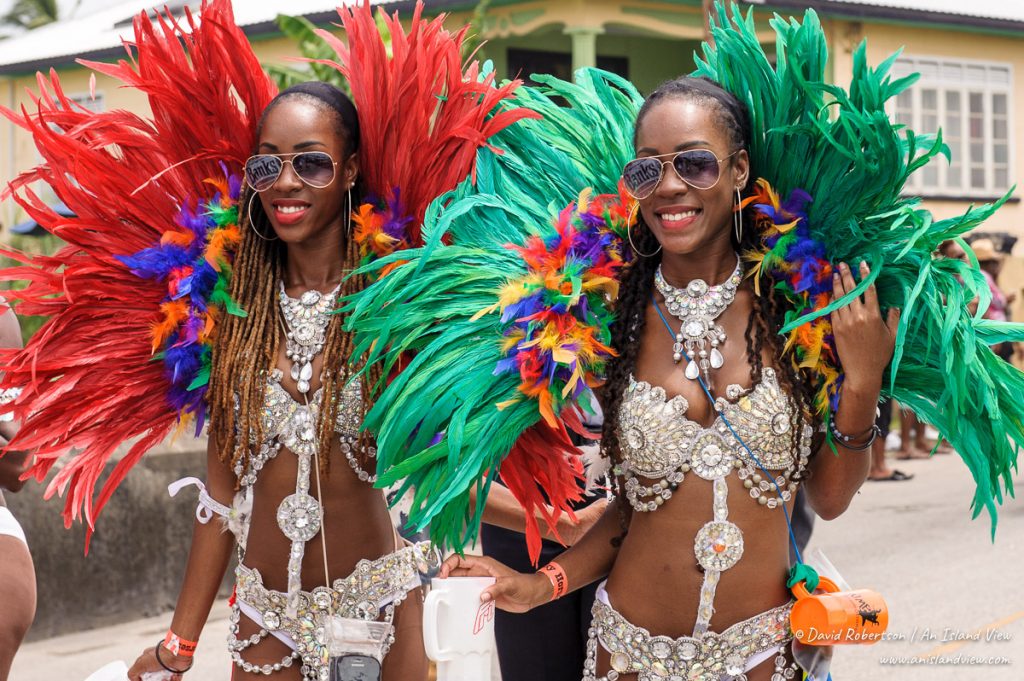 If you’re the sort of person who has a ‘bucket list’ of things to do before you die, I’d highly recommend adding participating in a Caribbean carnival to the list.

This year I was lucky enough to be invited to document one of the Kadooment costume ‘bands’ – Jump Promotions – as they competed in the parade that marks the end of Barbados’ Crop Over festival.

Despite a tragedy on the day, it turned out to be one of the most incredible, memorable days of my life. 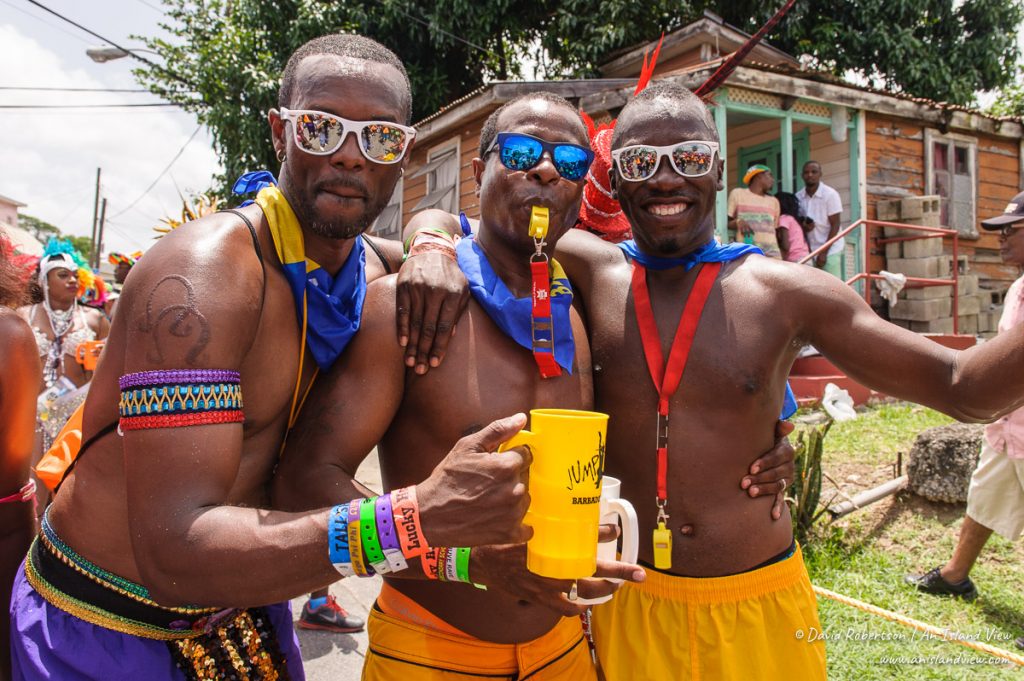 Crop Over is a festival that takes place in Barbados from June, and has its roots in sugar cane harvest celebrations dating back to 1688. It shares many similarities with Carnival in Trinidad and Brazil, and attracts thousands of visitors to the island to enjoy the celebrations.

Events range from children’s parades to wild parties, markets to concerts, mostly to a soundtrack of calypso and soca (see Stefan Walcott’s article on the difference between soca and calypso). 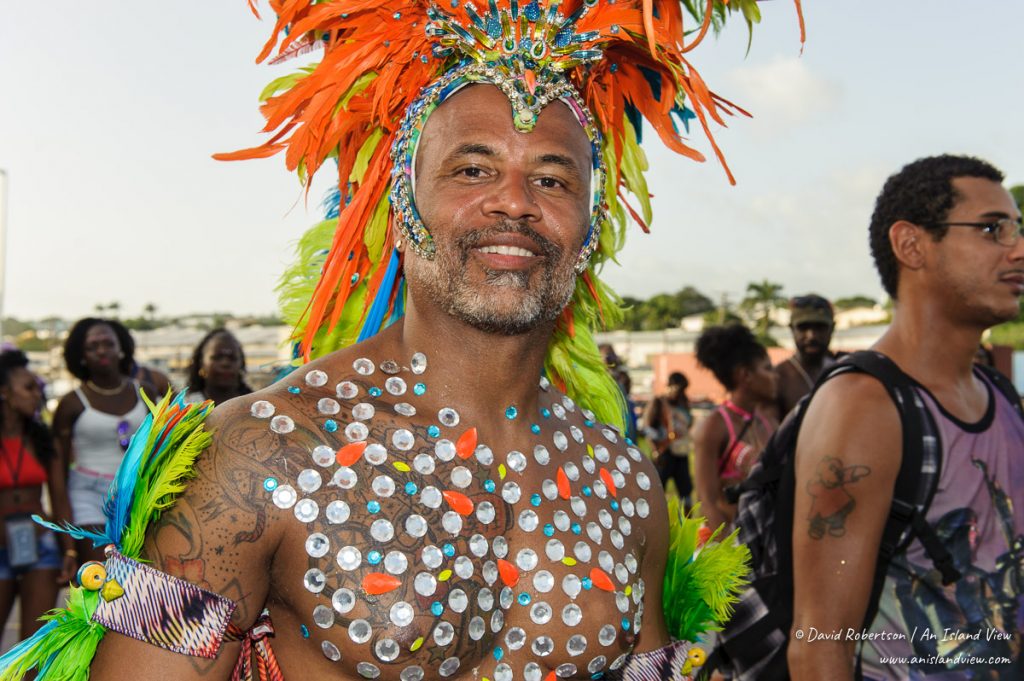 Crop Over culminates in The Grand Kadooment on the first Monday in August, a national holiday.

It features a parade of ‘bands’, some made up of hundreds of people, with members dressed in elaborate themed costumes. The bands compete for various titles, including the coveted Designer of the Year.

The parade begins at the National Stadium where the bands are judged, before moving off very slowly and very noisily through the packed streets of Bridgetown. 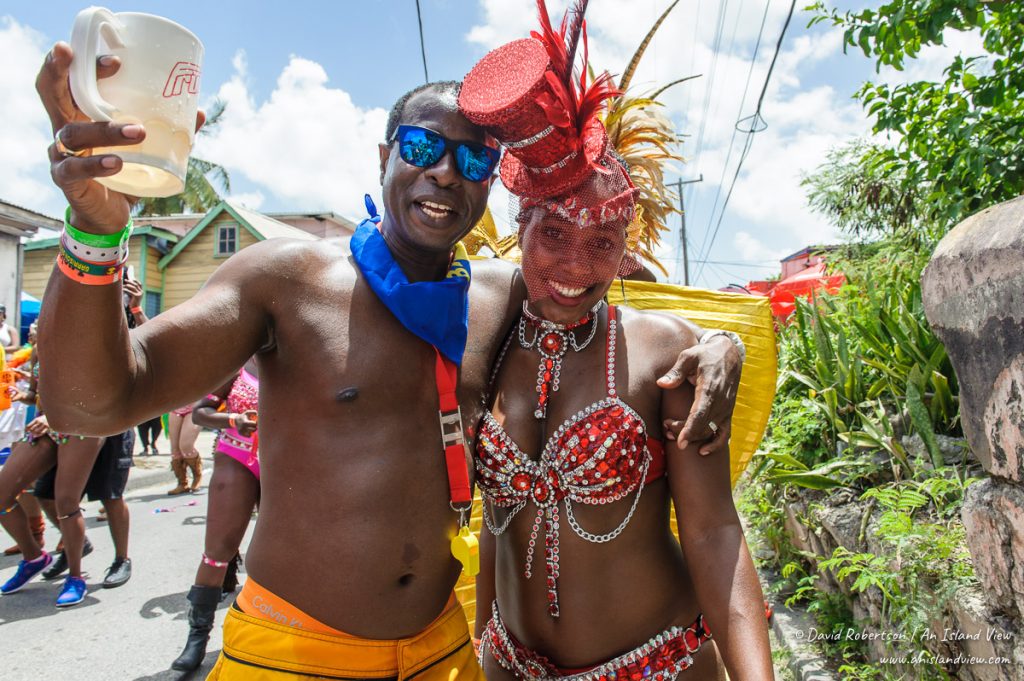 After many hours, the procession reaches Spring Garden Highway, where the partying continues.

Each band has its own sound system, mounted on the back of trucks, with MCs and DJs keeping the band members energised as they jump through the streets.

Bands also have their own refreshment trucks, serving up drinks (soft and alcoholic) and food for the people jumping.

Participants pay to join the band (prices vary depending on the costume) and in return they’re given a goody-bag with things like waterproof phone pouches and branded cups, their costume, and free food and drink on the day. 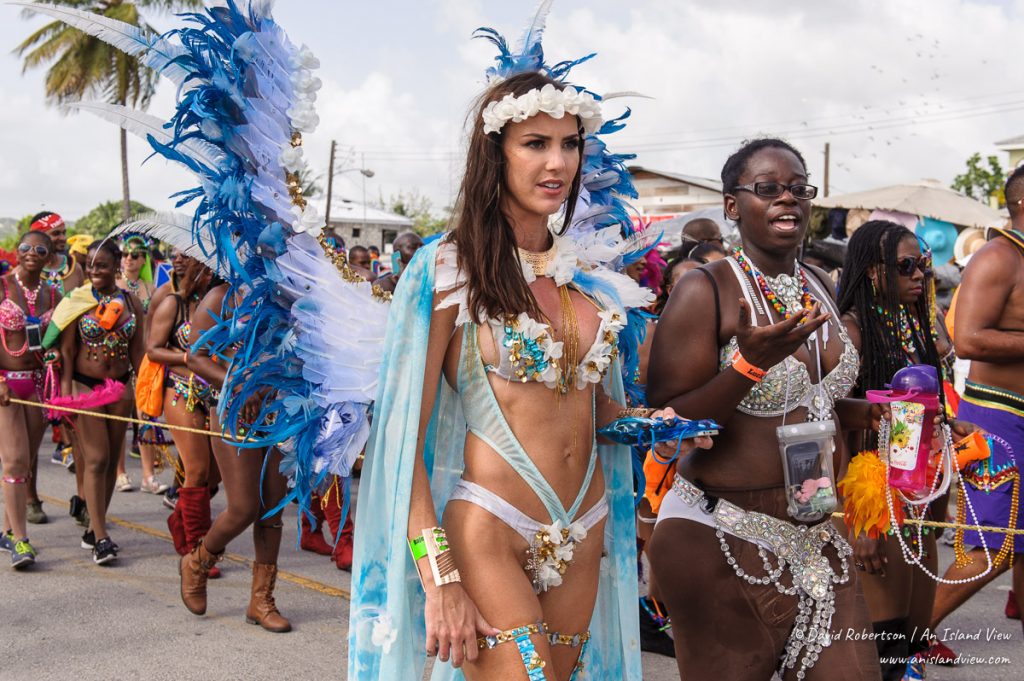 Some of the costumes are incredible, and so much work goes into designing and making them.

Almost without exception the costumes are pretty revealing, but there’s no self-consciousness about body-image – you get all shapes and sizes jumping, both men and women, aged from 18 to 60+. Participants range from the athletic to the very curvaceous to, well, the very, very large.

Everyone’s simply having far too much fun to judge or feel embarrassed (I’m sure the general West Indian appreciation of a fuller, more ‘womanly’ figure plays a part in it too).

Apart from the sheer amount of flesh on display, perhaps the most shocking thing – from a conservative British perspective at least – is the wukking up.

The wuk-up (never to be confused with twerking!) is a dance movement that involves “gyrating ones waist whilst moving one’s hips back and forth” to fast soca, similar but not identical to the Trini ‘wine’.

Again I point you in the direction of Dr Stefan Walcott: 10 things you probably didn’t know about wuking-up, and also How to wuk up for dummies.

Anyhow the wuk-up can be performed solo, or with someone else (woman and man, or woman and woman – I think it will be some time before most Bajans are ready for two men wukking up!).

I lost count of the number of wuk-ups I received throughout the day; the number and vigour of them literally left me feeling bruised! It’s certainly not easy holding the camera steady when you’re unexpectedly the meat in a wuk-up sandwich! No, I’m not after sympathy…!

There are quite a few more photos below, and in Part 2 I describe my Grand Kadooment Day with Jump Promotions in more detail…

Read about my Kadooment Day in Part 2…