In Part 1, I mentioned Harrison’s Point’s history as a US Naval Facility during the cold war. However, its time as a temporary prison is, if anything, more interesting. 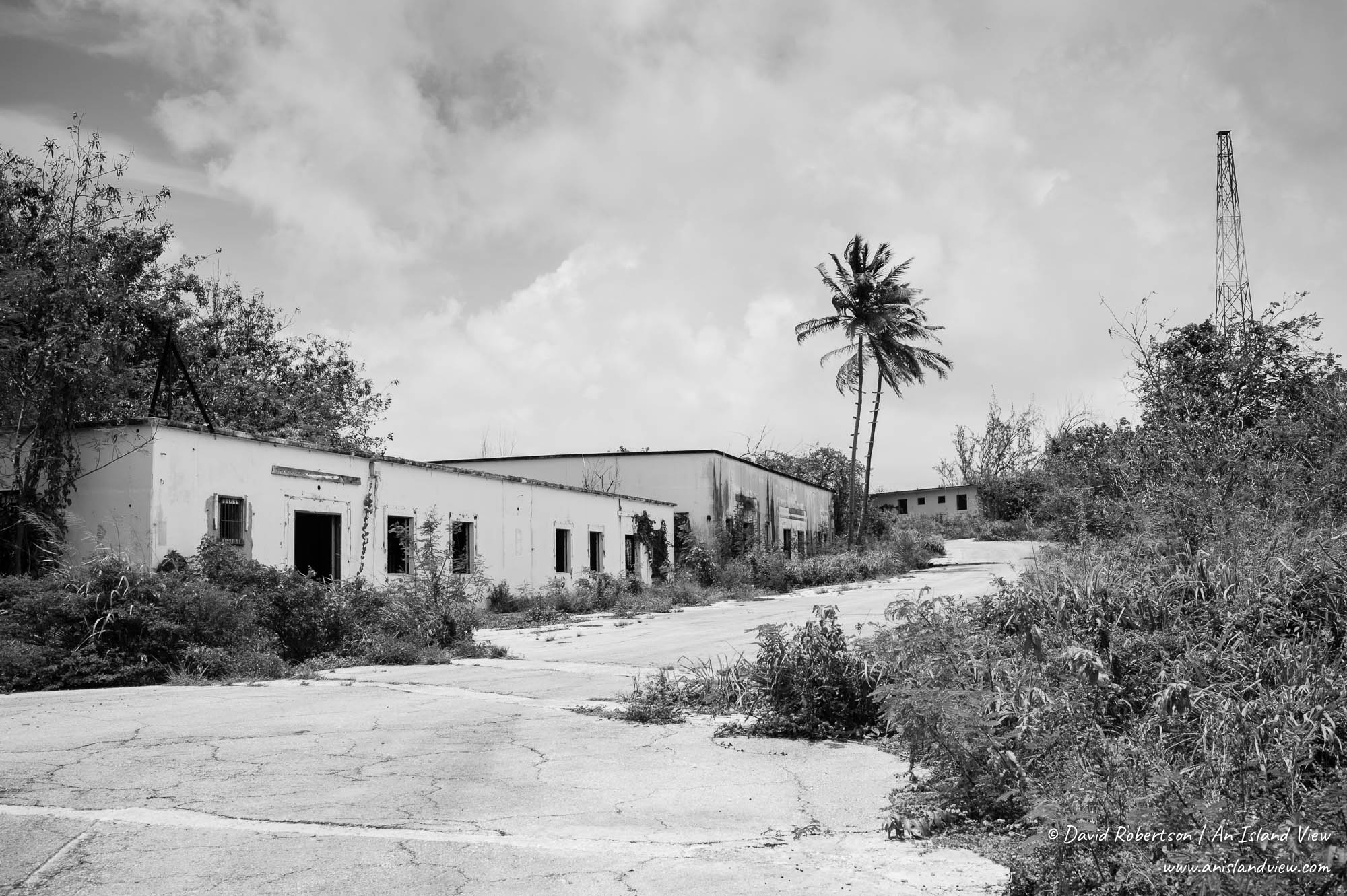 On 30 March 2005, a fight broke out among a small group of prisoners in Barbados’ Glendairy prison, a large Victorian prison built in 1855.

The prison held all the island’s prisoners – male and female, convicted and remand, and even a group on death row – in total about 1000 prisoners.

Over three days the small incident escalated into a full riot, with prisoners taking control of the prison and eventually destroying large parts of it through arson. The prison was so badly damaged that it was no longer habitable, leaving Barbados left without it’s only prison.

Facing a logistical and political crisis, the Barbados government decided to covert the former US naval base at Harrison’s Point into a temporary prison to house the inmates.

Dorms were converted by building cages from metal reinforcing rods; such was the demand and urgency that all the island’s metal fabrication facilities were ordered to cease their activities to concentrate on producing the cages.

Remand prisoners were housed in four large dorm cages, 35 to a cage. Conditions must have been grim, with only one toilet per cage and insufficient triple bunk beds meaning people had to sleep on the floor.

Higher-security prisoners were housed one or two per cage. Because it was judged unrealistic to secure adequately the perimeter of the site, prisoners were confined to their cages for the majority of the day, with shipping containers even used to house prisoners under punishment.

A British drug smuggler – Terry Donaldson – wrote an account of life in HMP Glendairy and the prison at Harrison’s Point (warning: disputed by staff and contains graphic accounts of brutality, sometimes of a sexual nature).

No doubt a lot of the inmates thoroughly deserved to be locked up, but even so I can’t help but feel for some of those that had to endure such conditions. As Sir Winston Churchill said,

“The mood and temper of the public in regard to the treatment of crime and criminals is one of the most unfailing tests of the civilisation of any country. A calm and dispassionate recognition of the rights of the accused against the state and even of convicted criminals against the state, a constant heart-searching by all charged with the duty of punishment, a desire and eagerness to rehabilitate in the world of industry of all those who have paid their dues in the hard coinage of punishment, tireless efforts towards the discovery of curative and regenerating processes and an unfaltering faith that there is a treasure, if only you can find it in the heart of every person – these are the symbols which in the treatment of crime and criminals mark and measure the stored up strength of a nation, and are the sign and proof of the living virtue in it.”

Barbados’ new prison, HM Prison Dodds, opened in October 2007, and as far as I know, once the prisoners were transferred, Harrison’s Point has remained unused. Some of the metal structures and cabling has been stripped out, and the site is gradually being claimed by nature. 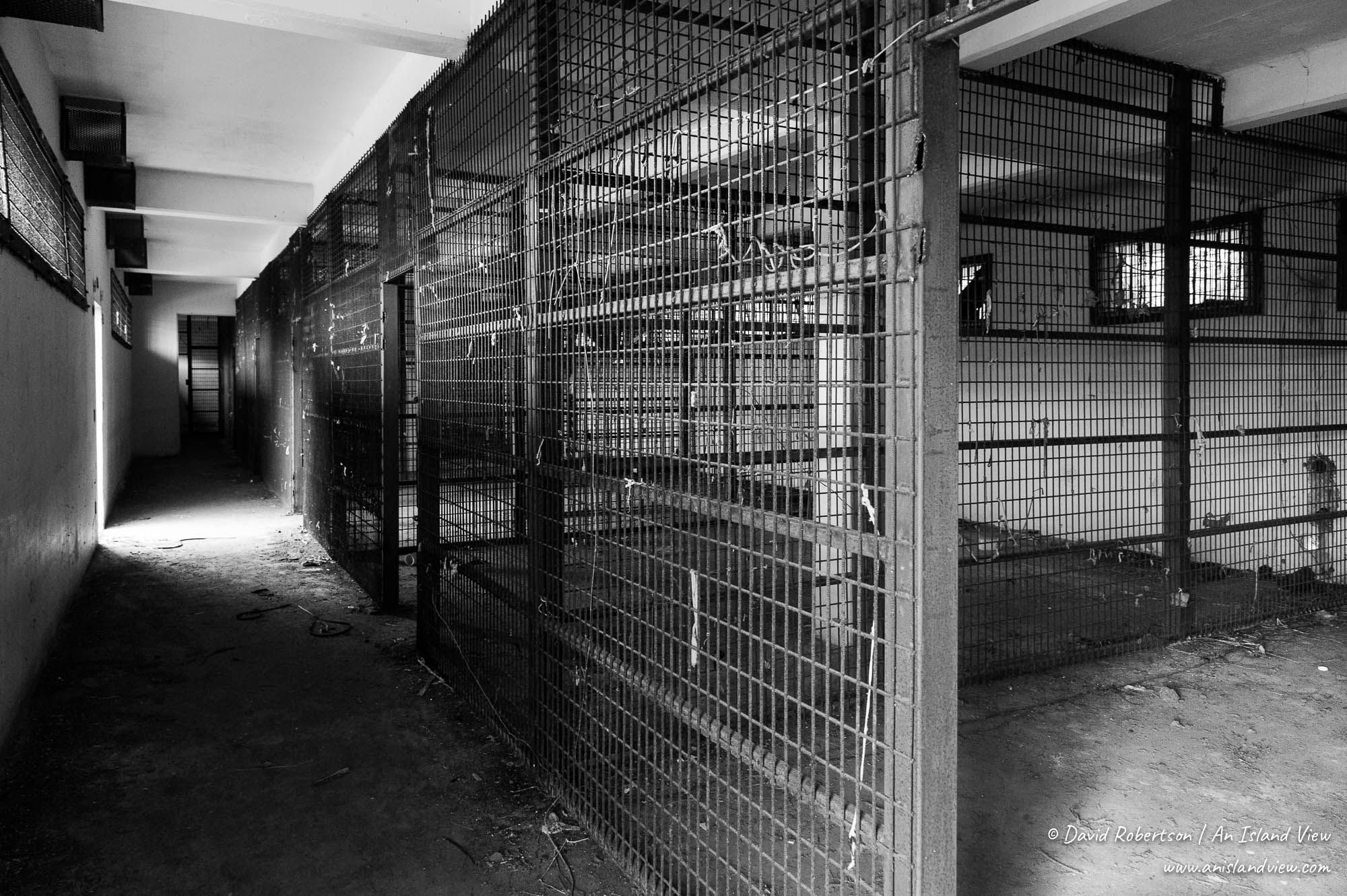 Fortunately, I found the site as interesting as it was spooky, and managed to suppress thoughts of Shutter Island, Papillon, Bird man of Alcatraz, Scooby Doo etc. for long enough to have a good explore.

My main fear was my car getting multiple punctures from the debris in such a remote part of the island (although it did also occur to me that it might make a good landing point for drug smugglers…). Definitely a little creepy though.

(The old Glendairy Prison, built in 1855 and abandoned since the riots of 2005, was due to be open to the public as part of the Barbados National Trust’s excellent Open House programme this March. Sadly, for some reason the tour of the remains of the Victorian prison was cancelled at the last minute. Hopefully the National Trust will be able to reschedule a visit soon.)